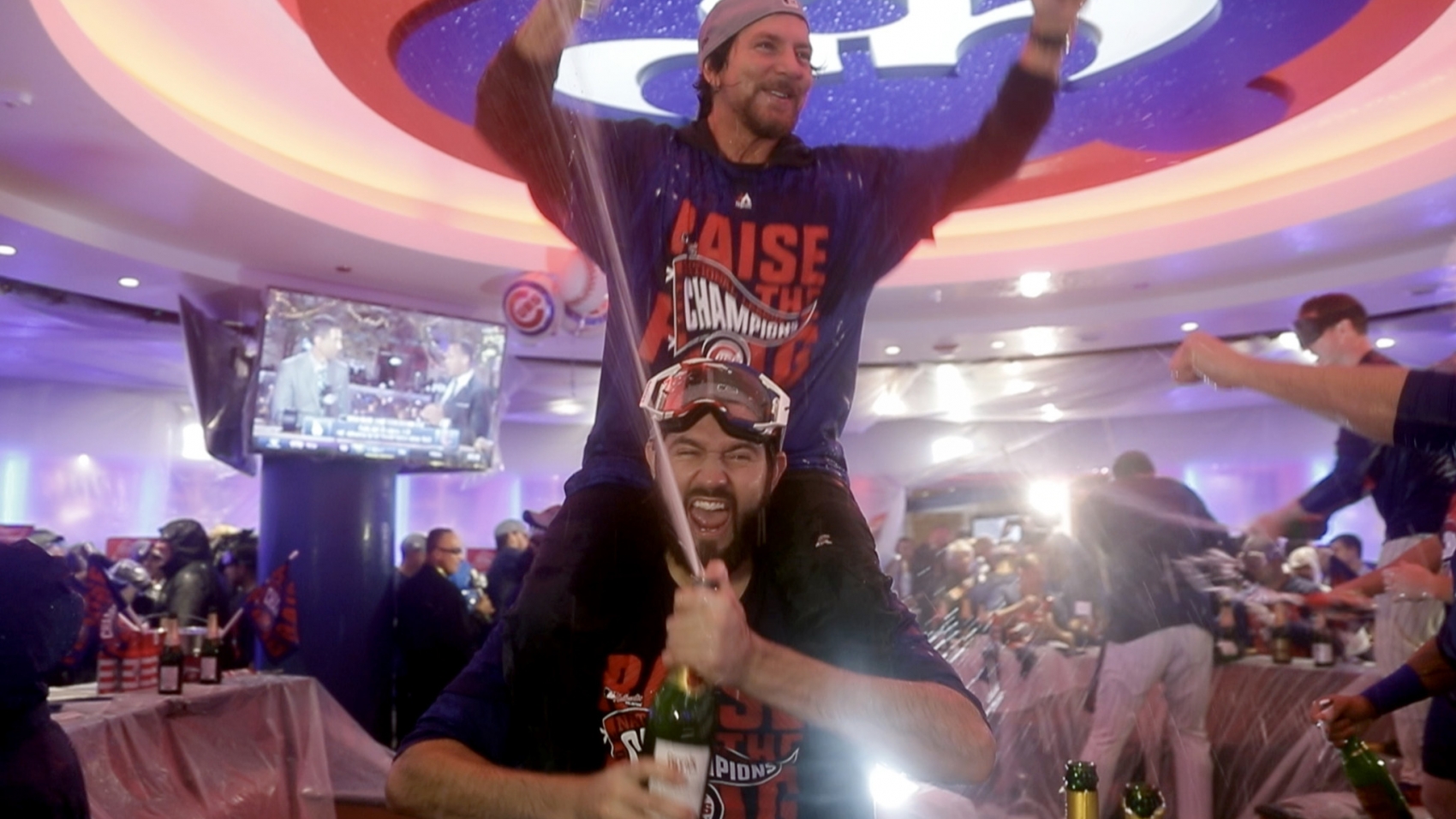 Hundreds of individuals deserve credit for the Cubs’ success, from Chairman Tom Ricketts, whose decision to bring in Theo Epstein as president changed the course of the franchise, to the front-office personnel, scouts and coaches Epstein brought in over the years.

The players, of course, are the main reason, but they realize they couldn’t have done it without being surrounded by the right people.

“I look at it as Theo, (general manager Jed Hoyer), the front office and Tom had a belief,” Jon Lester said during Saturday’s pennant-clinching celebration on the field. “And I believe in that belief.”

As the Cubs prepare for their first World Series game in 71 years on Tuesday night in Cleveland, a doff of the chapeau goes out to everyone involved.

But there were others who made contributions along the way, whether big, like signing NLCS co-MVP Javier Baez, or small, like providing the soundtrack to the Cubs’ party.

Here are a few of those unsung contributors.

Jim Hendry, former general manager: Hendry changed the mindset of Cubs fans, making them settle for nothing less than winning. In the end it worked against him, but the Cubs won division titles under Hendry in 2003, ’07 and ’08, the most of any GM in franchise history. Not being able to win it all hurt Hendry’s image, and mistakes like the Milton Bradley signing overshadowed deft signings like Willson Contreras.

Hendry takes no credit and harbors no bitterness as to how he was treated by Cubs fans at the end.

“We really thought we could’ve won it in ’03 and ’04, and then we of course took a different path with the club going on sale in ’07 and ’08,” Hendry said. “I felt like if we didn’t do it by ’09, it was going to be hard, that things were going to have to change economically. So I don’t look at it like ‘Oh, poor me,’ but that we had two or three real good runs at it, did well and didn’t get over the hump. They will now, and I think they’re going to be the best team in the game for a few years.”

Tim Wilken, former scouting director: Wilken was the one who decided to draft Baez in 2011, when some thought Baez could not be harnessed.

“If Tim Wilken would’ve wanted to take somebody else, that’s who we would’ve taken,” Hendry said. “That’s the way you did it back them. It’s changed now. GMs are more involved in the draft than they used to be. That’s the way I learned, so Tim kept me posted.”

Tim Buss, strength coach: Buss has been around forever, but manager Joe Maddon let him do whatever was necessary to keep the team loose. Buss was central to the wacky spring training skits and gets players to bond with his group “kumbaya” encounters before games. If you can’t laugh at yourself once in a while, you’re probably a lousy player. Buss keeps everyone laughing.

Eddie Vedder, Pearl Jam frontman:Pearl Jam’s concerts at Wrigley added to the team’s revenue. The more money the Cubs had, the more they were able to spend on drafting and signing players. Like Hendry, Vedder declined to take any credit.

“Absolutely not,” he said with a laugh. “I contributed a big hole in center field that one of our guys stepped (in).”

“I’m maybe responsible for like, two Aroldis Chapman fastballs,” Vedder said. “I’ll take that. That’d be great. Every little bit. Whatever I can do.”

Pearl Jam’s Eddie Vedder rides the shoulders of Cubs pitcher Jason Hammel as the team celebrates following the historic win over the Dodgers on Oct. 22, 2016.

Dave Knickerbocker, Banner Collective founder: During a seminar at the 2009 Cubs Convention, former director of sales Matt Wszolek asked fans if they wanted a jumbo-sized video board at Wrigley Field. The crowd roundly booed him, and he quickly told them no plan was in place. The Cubs did not mention installing video boards during their initial discussions of the Wrigley renovation plan, apparently believing there would be some backlash.

There was a little, but not much. After an inconsistent first year of the video board in 2015, the Cubs figured it out in 2016. Knickerbocker’s creative pregame and in-game videos were a big reason why.

The videos helped pump up the crowds during the postseason, and it’s hard to imagine Wrigley Field without the video board now.

Dante the Don, Wrigley Field DJ: Anthony Rizzo brought the Wrigley DJ into the clubhouse to do his thing during the postgame celebration. The post-win party is central to the Cubs players’ state of mind.

“When you get the celebration music, it’s always better to get someone who knows how to play the music, rather than just having the full song playing,” Rizzo explained.

Whether you like the music “the Don” played or not, the players wanted a soundtrack for their victories, and he created the groove.

Steve Goodman, late folk singer: “Go Cubs Go” may not have been Goodman’s greatest song, and some find it annoying. Kids, however, love it, perhaps because it’s catchy and easy to learn.

When the entire ballpark sang “Go Cubs Go” after the Game 6 victory Saturday, it was almost as if Goodman wrote it for that specific moment.